At PURPAN, lecturers have the following three responsibilities:

Lecturers are divided into five teams, most of which are affiliated with joint research units (INRA and CNRS).

PURPAN, a higher education institution, has been legally vested with a research mission. The fact that the School was founded by farmers was instrumental in forging an immediate close relationship with industry, society and the economy.

Such ties are still prevalent within the field of research, where the School’s activities concentrate on “Research, Development and Consulting”. These activities are available in a wide range of formats, from relatively fundamental works in response to an explicit order from professionals through to auditing, finalised studies and occasionally services.

PURPAN’s five-year research strategy for 2016/2020 comprises four focus areas that contribute towards the achievement of the following objectives:

The increasing qualification level for lecturers mainly involves obtaining a HDR (accreditation to supervise research) for as many lecturers as possible.

PURPAN’s Scientific Board comprises approximately 20 members, including 18 people from outside the School, such as scientists and representatives from economic or trade networks or bodies (for instance, two of the Board’s members are farmers).

The Scientific Board’s main missions involve actively listening to stakeholders’ needs and providing its opinion on the School’s research strategy with the aim of creating ambition and ensuring that the topics covered continually offer the best response to the scientific, economic, social, environmental and societal concerns facing the agricultural and agri-food industries.

Board members are convened by the Chair (a distinguished and recognised personality from the scientific community). Plenary meetings are held twice a year, during which members hear two or three research teams and perform their missions in all of the School’s “Research / Development / Consulting” fields of activity.

The reports of the Board’s works serve as operational guidelines for the research teams’ activities and PURPAN’s scientific strategy. 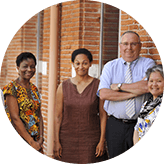